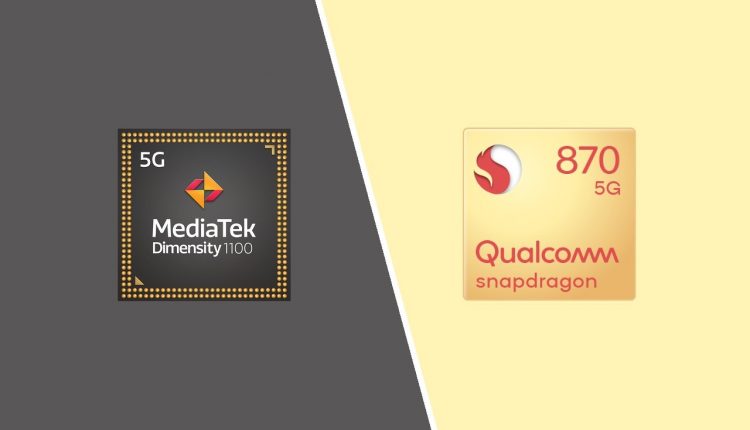 The Dimensity 1100, which is equipped with 5G network technology, is indeed an alternative to Qualcomm’s flagship series, which are generally available more expensively, including the Snapdragon 870.

Even so, the Dimensity 1100 is not an alternative that can really replace the Snapdragon 870. There are many aspects that are still lacking to reduce production costs so that the price tag can be more affordable.

The Dimensity 1100 has a newer core architecture because it uses the ARM Cortex-A78 which technically brings improved performance and power efficiency from the Cortex-A77 which is the basis for the development of Qualcomm Kryo 585 on the Snapdragon 870.

The fabrication used is already smaller. Therefore, Dimensity 1100 with 6nm processing can certainly work more effectively and efficiently than Snapdragon 870 which still uses 7nm technology because the distance between components is closer.

It’s just that the ability of the SoC is influenced by many things. In addition to the type of core architecture used and manufacturing, its capabilities are also influenced by configuration up to the maximum clock speed (frequency speed) offered.

Not to mention, the two SoCs also seem to rely on different GPUs. Dimensity 1100 entrusts its capabilities to ARM Mali-G77 MC9 while Snapdragon 870 to Qualcomm Adreno 650.

In the benchmark test of AnTuTu version 8 that I know of, the Dimensity 1100 represented by the POCO X3 GT was finally only able to break the 500 thousand mark. Quite inferior when compared to Snapdragon 870 on POCO F3 which can touch 630 thousand.

Not only in terms of performance, the defeat of the Dimensity 1100 also lies in the photographic aspect. This MediaTek SoC is only capable of supporting single cameras up to 108MP or 32MP + 16MP while Snapdragon 870 can go up to 200MP or dual 25MP.

The promised display of the Dimensity 1100 is still lower. Although both offer support for refresh rates of up to 144Hz, this SoC only has a maximum resolution of up to 2520 x 1080 pixels while the Snapdragon 870 can be 4K.