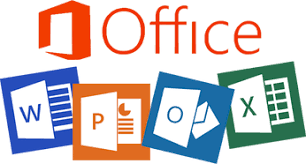 You can use Microsoft Excel for data processing starting from basic calculations, creating tables, graphs, and data management. This application also has a formula that can make it easier to perform calculations in processing the data.

Originally in 1982, this application was just a spreadsheet program call Multiplan. At that time this application competed with Lotus 1-2-3. Then Microsoft began to develop the latest application of the spreadsheet by releasing Excel for the Macintosh in 1985. Until finally a version for Windows appeared in 1987.

Once sued by another company for both using the name “Excel“, Microsoft finally gave a new name, namely Microsoft Excel. Gradually, this application increasingly exists because it is considered very useful because it can allow users to define the appearance of an edited spreadsheet.

This calculation program is considered smart because users can work with workbook systems with worksheets containing columns and rows that form small boxes with cells as a place to enter data.

Because it is familiar in everyone’s life, Microsoft Excel has its own functions and uses, namely:

Because this Microsoft Excel worksheet consists of boxes or blocks, each box has a name according to its position. As for what is meant by this position is the coordinates between the column names and row names. If you highlight the box with the cursor in column A on the 1st row, it will show Name Box A1 and so on.

Next to the Name Box there is a column that says Fx. This section is also known as the formula bar. This is the contents of the box in Microsoft Excel. When you enter the formula, there will an equation or formula that looks clearer.

This section contains icons that can help to use Microsoft Excel. What are those?

This section is the column name in initials starting from A to Z and then followed by the two numbers AA, AB. When you click on the box in the first column, the position of the A1 box will appear.

In Microsoft Excel, rows are number sequentially in the form of numbers. This row will correspond to the column used to name the active cursor position that will appear in the Name Box.

This section indicates the name of the file that we will give it.

Here are the icons under the Menu Bar menu. It is located in groups and in accordance with the parent menu contained in the Menu Bar.

This worksheet in Microsoft Excel consists of sheets that have many sheets. You can add this sheet as you wish. Function is useful when you have many projects because it only requires one file.

There are two sections on the scroll bar, the first is on the side, for raising and lowering the paper and at the bottom for sliding right and left.

Advantages and Disadvantages of Microsoft Excel

That was the explanation of the important menu parts that are often used in Microsoft Excel and their respective functions from the blog TechnoWikia.com. Hope this article was useful!