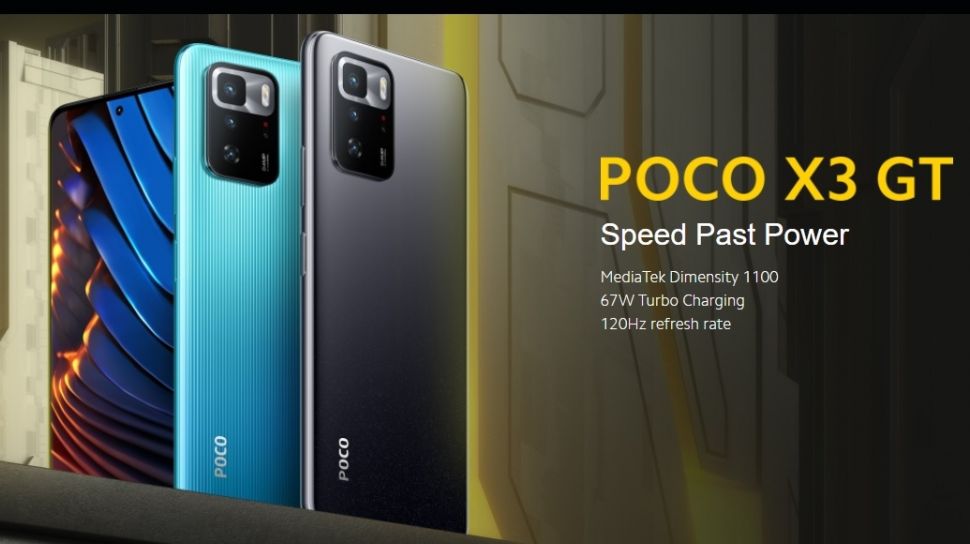 Technowikia – The launch of the POCO series always attracts attention. High performance and features with a relatively affordable price tag are one of the reasons behind it all.

This device carries the MediaTek Dimensity 1100 as a mainstay can certainly new prima donna for some people in the middle market.

This new POCO family member is only available for less than $355. We can precisely ask for this cellphone with funds of $323 – $355 depending on the variant of storage media that can chosen.

At first glance, the specifications that are carried should not be underestimated. This mobile phone that is included in the flagship killer class offers more advanced technologies even when compared to the POCO X3 Pro.

For a mobile phone that is marketed in the price range of $350, the POCO X3 GT as a whole a more perfect device because it has advantages than disadvantages.

The Dimensity 1100, which is the mastermind behind the various capabilities of the POCO X3 GT, is the first advantage. MediaTek’s SoC brings a wide range of high-end technology and support.

The ARM Cortex-A78 carried by the SoC, for example, is a new generation core architecture. When compared to the previous variant, there are a number of significant performance and power efficiency improvements. 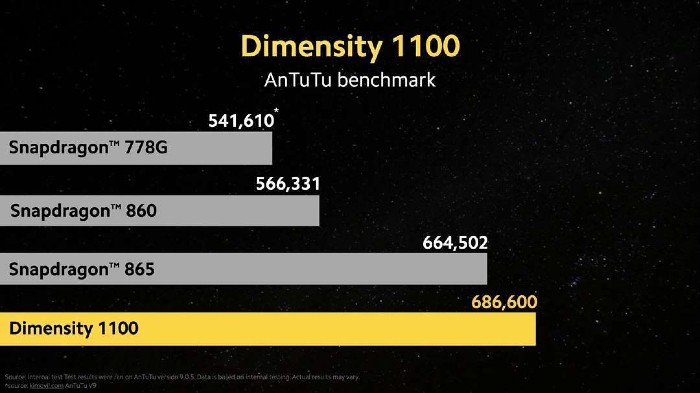 The SoC also allows the POCO X3 GT to have 5G Non-standalone (NSA) network support applicable in Indonesia. The modem offered also supports MediaTek’s superior technologies such as True Dual 5G with speeds of up to 4.7Gbps.

Connection support from Wi-Fi 6 can also realized thanks to the presence of Dimensity 1100 in the POCO X3 GT. Based on the results of the POCO team’s lab tests, this new technology will get 38 percent better capability than Wi-Fi 5.

By using the Dimensity 1100, POCO X3 GT is also able to provide screen support with a high refresh rate. We can even use it in applications that support speeds up to 120Hz to create really smooth animations.

The ISP (Image Signal Processor) that powers the Dimensity 1100 also introduces better photography support. On the POCO X3 GT only, we can use a three-lens camera with a resolution of up to 64MP.

Apart from the Dimensity 1100, POCO X3 GT of course still has several other advantages that are no less interesting to considered. These include fast charging technology, capable screen protection, and very complete features.

In the charging sector, for example, the POCO X3 GT has brought 65W Turbo Charging technology. You can use it to charge the 5,000 mAh battery from empty to full in just 42 minutes. 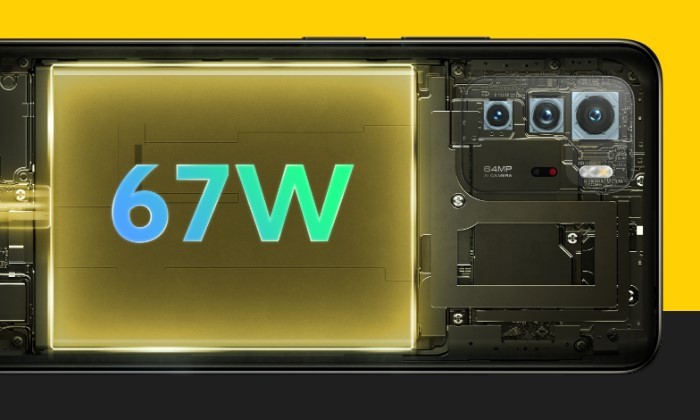 In the cellphone which is Xiaomi’s new flagship to win the competition in the middle market, you will also find several additional features such as NFC, Dolby Atmos, IR Blaster, to the LiquidCool Technology 2.0 cooling system.

POCO X3 GT unfortunately has to miss a few things in order to still have an affordable price tag. Must careful when using it, because cellphone is not use on water and dust resistant certification.

The series are market at lower prices as the POCO X3 NFC and Pro already pack IP53 certification. Although not the most capable, but its presence can certainly cut the worry when the device needs to splashed with water.

3.5mm audio jack on this phone also needs to considered. You need to bring a special adapter included in the sales package if you want to enjoy music with a wired headset or headphones.