TechnoWikia.com – SpaceX has set up satellite internet service Starlink for the territory of Ukraine. This was conveyed by SpaceX CEO Elon Musk in response to a request by Ukrainian Deputy Prime Minister Mykhailo Fedorov via Twitter February 26, 2022. 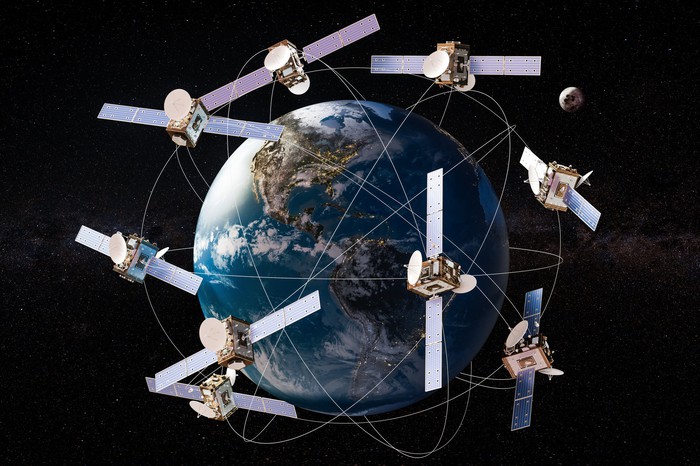 Internet services in Ukraine are experiencing significant disruptions in the capital Kyiv and in most parts of the country due to the Russian military operation and the ensuing fighting, monitoring group Netblocks reported on Thursday, February 24, 2022.

SpaceX’s Starlink service offers high-speed broadband access through a large constellation of satellites in low-Earth orbit and is designed to ultimately provide coverage anywhere on Earth, with a focus on remote or underserved areas.

Here are some things related to Starlink, as quoted by PC Mag.

How to Register for Starlink?

Starlink currently serves more than 145,000 users worldwide, but “hundreds of thousands” of people across the US have signed up in hopes of trying it out, according to a February 2021 SpaceX filing submitted to the FCC. To reserve a place, you can make a refundable US$ 99 deposit via the pre-booking function of the Starlink website.

How much does it cost?

Starlink currently costs $99 per month. You also have to pay a one-time fee of US$499 for the Starlink satellite dish and Wi-Fi router, which the company will deliver to your home. It’s not cheap, but users in rural areas say Starlink’s fast internet service makes the cost worth it.

The company has also introduced the Starlink Premium service, which offers faster speeds and more stable connections. But it costs US$500 per month, and costs US$2,500 for a Premium Starlink meal which appears to be primarily marketing the service to businesses.

How fast is Starlink? Is it consistent?

Starlink currently delivers 100Mbps to 200Mbps in download speed and around 30Mbps in upload speed, according to users. Meanwhile, the latency comes in at around 20 milliseconds, which is equivalent to land-based internet. Over time, SpaceX plans to increase download speeds to 300Mbps.

The increase in speed will come as SpaceX launches more Starlink satellites into orbit, which by February 2022, numbering more than 1,400 in active operation. The company’s long-term goal is to eventually operate thousands of satellites, paving the way for download speeds at 1Gbps and then 10Gbps. However, the Starlink service is also still in progress. Users say speeds can vary, and sometimes brief outages can occur.

Where is Starlink Available?

Unfortunately, there is no official coverage map. But Ookla has published a map of where Starlink users are in the US based on Speedtest data. The image shows the system already serving multiple users in small and large pockets across the country.

The Reddit community for Starlink has also tracked the launch of the system, collecting where users received invitations to try the service. Their data shows Starlink has expanded to region-specific in nearly all US states and eight Canadian provinces. The company has also brought services overseas to South America, Europe and Australia.

How Does Starlink Work?

Satellite internet technology has been around for decades. It involves sending internet data, not via cables, but via radio signals through a vacuum. Earth stations on the planet broadcast signals to satellites in orbit, which can then relay the data back to users on Earth. One of the main providers out there is HughesNet, which relies on satellites 22,000 miles above the planet.

The SpaceX system improves technology in two important ways. First, the company wants to use a low-Earth orbit satellite that circles the planet only about 300 miles above the surface. Short distances can drastically increase internet speed while reducing latency. Second, SpaceX wants to launch as many as 40,000 satellites in the coming years to power the system, ensuring global coverage without downtime.

Live in the city, can I use Starlink?

Probably not. SpaceX has focused on bringing Starlink to areas with slow internet, especially in rural and remote areas of the world. So it is estimated that SpaceX will prioritize users in those locations first. There’s also little reason for Starlink to try and compete with the major land-based internet service providers. Who can offer high-speed internet plans for close to $50 per month.

Musk has pointed out that satellite technology will struggle to supply enough internet bandwidth for users living in densely populated locations. “Starlink is great for low to moderate population densities. But satellites aren’t great for high-density cities,” he told Joe Rogan in a February 2021 interview. “So you’re actually better off having 5G for that.”

PC Recommendations for Graphic Design Best All in One 2022