Stabilizer, Stabilizer Function and How the Stabilizer Works – The condition of the incoming and outgoing electric power in a personal computer or PC is sometimes unstable. Many factors can influence this. However, this problem can actually solved with a piece of hardware called a stabilizer.

So, what is a stabilizer? How does a stabilizer work? All of them will be discussed in detail in this article briefly. You will also know the function of the stabilizer. Here’s a review for you.

Stabilizer comes from the word ‘stable’, which is controlled and a constant condition. As for the overall meaning, that this device is use to stabilize the electric voltage or commonly call the normal flow of electricity.

How to Install Stabilizer

Before preparing to install the device, you must check the condition of the electrical voltage in each place that you will install.

This is because each place has a different voltage magnitude. So there needs to be an adjustment to choose a suitable stabilizer.

The procedure is to prepare a Test Voltage and then measure the voltage at the source. If it is less than 200 volts, the stabilizer can installed near your computer.

If it has been prepared, then the stabilizer plug is connect to the socket as a source of electric current voltage. Then pay attention to the stabilizer button in the off or off condition. 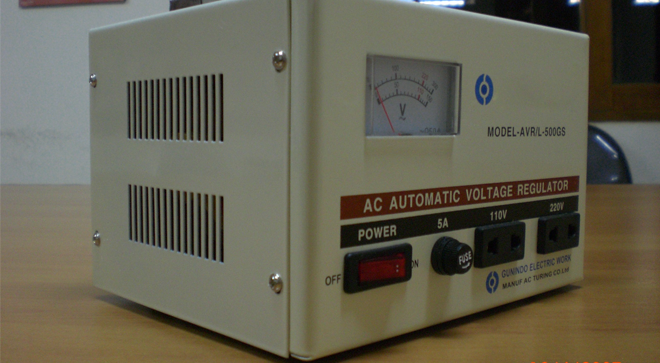 In the previous discussion, it has mentioned that in order to able to install a stabilizer, it is necessary to adjust the voltage in each place. Your office, your house, your neighbor’s house must have different voltages.

So it makes a lot of new breakthroughs in the stabilizer. As a result, various types of these supporting devices appear.

The types of stabilizers are distinguish based on the important components that can stabilize the voltage in the device.

Stabilizer using servo motor rotation. This is done within 2 to 5 seconds until the resulting voltage is stable.

However, the weakness of this device is that it does not have a filter circuit that is useful if there is an electric current disturbance due to surges to lightning.

Stabilizer in which there is a relay that quickly provides a stable voltage to the computer. This is due to the nature of the relay which is very responsive to receive signals if there is an unstable electrical voltage.

However, it still doesn’t have a filter in it. So the stability range is only less than 5%.

Stabilizer with Digital Control is more sophisticated. This apart from having a relay, it is also equipped with a triac or what is known as a tyristor.

The triac itself actually functions as an amplifier of the relay function and as an automatic switch in a circuit.

This is support by the addition of a filter that uses a capacitor component and an isolating transformer.

It has previously explained that its main function is to produce a stable voltage to given to hardware in need, one of which is a computer.

So from the main function, the stabilizer has a derivative function or other functions, namely

So it can summarized that in the end the stabilizer can be an alternative solution to protect electronic equipment at a low cost.

Actually this device also requires an electric current condition. Where the condition must be stable. 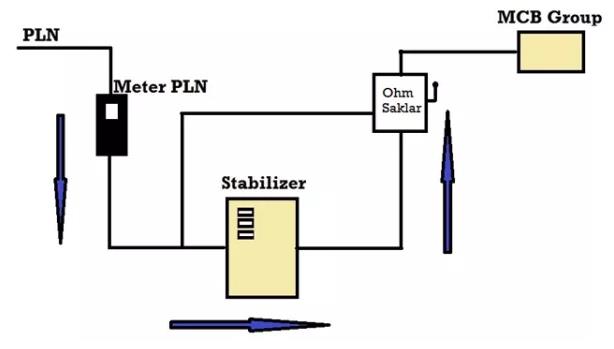 Well, that was a brief explanation of the meaning of a stabilizer, how it works, and its functions for you to use on your PC.

Hopefully this article from the TechnoWikia is useful and can help you in increasing your knowledge in the world of electricity.